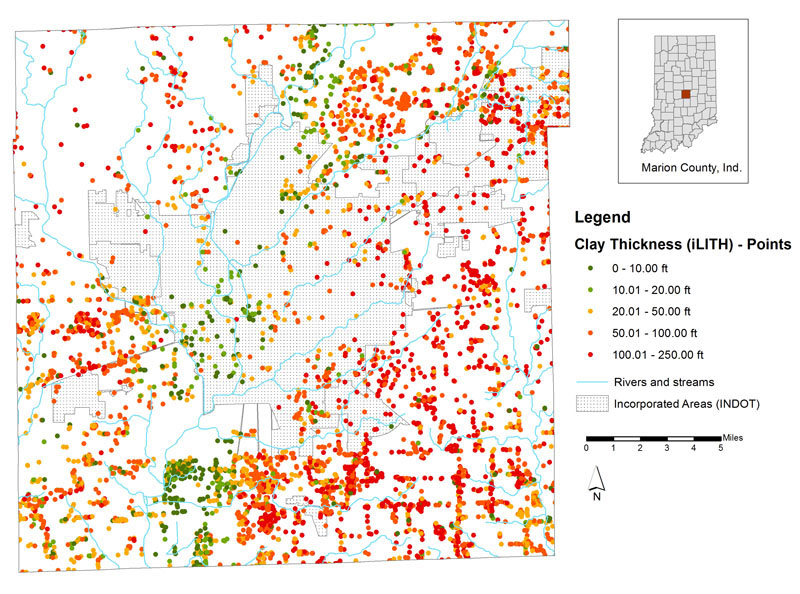 Figure 1.
Map showing thickness of clay found in the subsurface (derived from the water-well records of the iLITH database).

A variety of fine-grained unconsolidated sediments are found beneath the surface of Marion County. They are commonly, but somewhat misleadingly, called "clay" in water-well records and engineering reports, even though the actual clay content seldom exceeds 20 or 25 percent. These sediments are more accurately called "diamicton" because they consist of a mixture of clay, silt, sand, and gravel (and commonly boulders as well), and they typically have a massive, poorly-stratified appearance. Because some of these sediments were deposited directly beneath glacial ice, the genetic terms "" or "glacial till" are often used as well. In any case, their fine-grained, poorly permeable texture makes them "clay-rich" relative to other types of sediment. Most of this "clay" was deposited by the glaciers that covered the county during parts of the last ~800,000 years. The origin and distribution of these clayey sediments varies depending on the type of glacial deposit (see Glacial Geology) and the depth to .

The interactive map site provides two clay thickness maps: a data point map containing the data as it is derived from the water-well records found in the iLITH database (fig. 1), and a raster or grid image showing the interpreted distribution of clay and clay-rich sediments (fig. 2). The grid image was made by Spatial Analyst in ESRI ArcMap, which interpolates the data by filling in gaps within the data with a "best guess." These values represent total clay thickness, and sections of sand and gravel may lie at intervals between two or more clay units (these intervening sand and gravel units are subtracted from the total clay thickness). 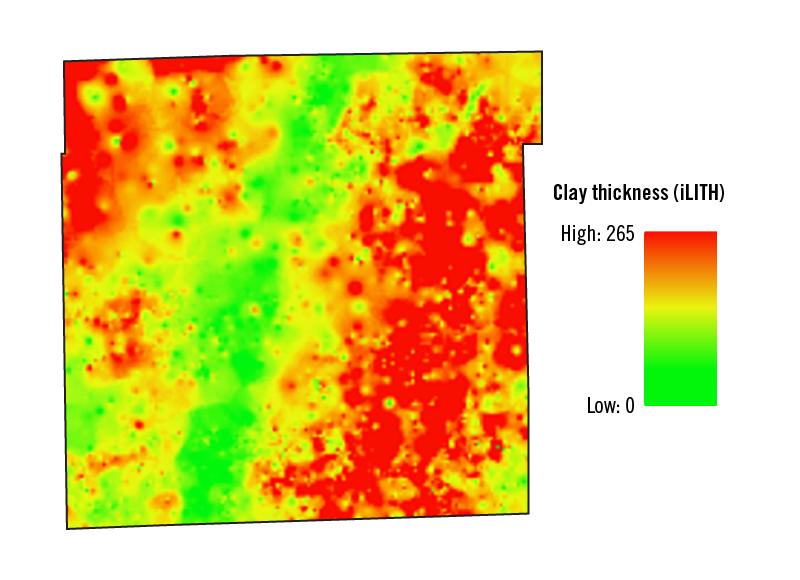 Another asset provided by the clay-rich tills to the landscape throughout Marion County is the rich soils that are directly attributable to glaciation. These soils are described in the Glacial Geology section of this site.