In geology, we can refer to "relative time" and "absolute time" in addressing the age of geologic formations or rock units. Chronostratigraphy is the branch of geology that studies the relative time relations and ages of rock units. In chronostratigraphy, we are concerned with the age relations between rock bodies irrespective of their absolute (numerical) age. Fossils provide us with a rapid and accurate means of determining the relative age of rocks in a stratigraphic sequence. We cannot assign an absolute age to the fossils until we have a time scale. Geochronology is that branch of stratigraphy concerned with the dating and subdivision of geologic time and the establishment of time scales. 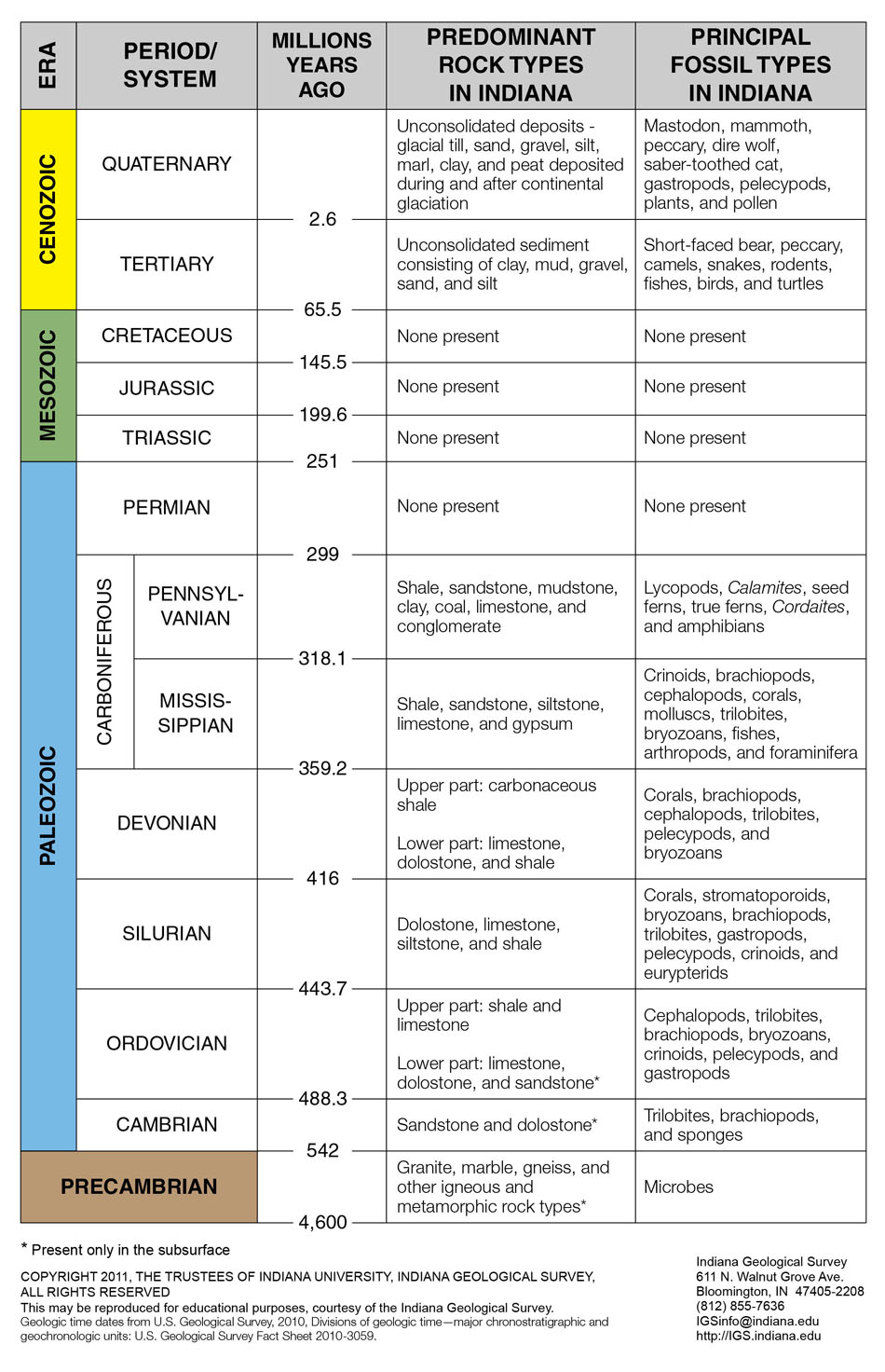 Before geologists had a means to determine the actual ages of rocks, their correlations were based on the superposition of rock strata, that is, older rocks are deposited before younger rocks. Geologic time was subdivided into a hierarchy of chronostratigraphic units of unknown duration. The application of radiometric dating techniques to determine the absolute ages of rocks resulted in the discipline of geochronology and the ability to establish geologic time scales.

There is no single location on earth that has experienced a continuous and uninterrupted accumulation of sediments or rocks that could be dated and that could yield an ideal reference time scale. A chronostratigraphic scale is not discovered; it is established by agreement among numerous geologists and is based on a composite of sections. An ideal chronostratigraphic section that would be part of a larger composite section would possess the following attributes: a sequence of points representing essentially continuous, and preferably marine, deposition; fossils that are abundant, distinctive, diverse, cosmopolitan, and well preserved, and without major paleoenvironmental changes; minerals for isotopic age determinations, and a record of geomagnetic polarity reversals. Additionally, these "type" sections would be well exposed, have reasonably permanent accessibility, and be readily correlated to other sections.

A chronostratigraphic scale that is integrated with absolute ages (geochronology) is called a geologic time scale. Nearly two dozen time scales have been proposed since Arthur Holmes published his first one in 1913. Each scale incorporated the latest developments in standard stratigraphic sections, biostratigraphy, and age-dating. The latest time scale, edited in 2004 by Felix Gradstein and colleagues, incorporated high-resolution radiometric and astronomical age-dating into a comprehensive time scale for the last 3.850 billion years (the age of the earth being 4.54 billion years). No doubt the 2004 time scale will ultimately be replaced, but until then, it will serve as a reference standard to which all geologic units can be correlated and assigned an absolute age.