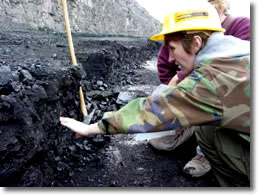 Inorganic constituents in coal have a significant effect on almost every aspect of coal utilization as well as its impact on the environment. Mercury (Hg) is one of the elements of special environmental concern. Being highly volatile (it vaporizes at temperature as low as 150°C; Finkelman, 1981), mercury poses a special problem for electric utilities. The Clear Air Act of 1990 authorized the U.S. Environmental Protection Agency (EPA) to regulate mercury emissions from electric utilities; on February 24 2004, the EPA proposed a rule supplementing its December 15, 2003 proposal to permanently cap and reduce mercury emissions from power plants. According to this rule, mercury emissions will be reduced by 70 percent when fully implemented. In 2018, the second phase of the mercury program sets a cap of 15 tons. For more information on the Utility Mercury Reduction Rule and updates on the hearing status, visit the EPA Web site .

Mercury emissions from power plants are considered the largest anthropogenic source of mercury released to the atmosphere; about 48 tons are emitted annually in the U.S.A. as a result of fossil fuel combustion, mostly from coal-fired power plants. Although the elemental mercury emitted to the atmosphere from coal-fired power plants is not considered harmful, it can chemically transform into a toxic form, methylmercury, that can become concentrated in fish and birds, and from there enter the human body (see U.S. Geological Survey fact sheet, Mercury in the Environment).

Recent Investigations of Mercury in Coal at the Indiana Geological Survey

A research team at the Indiana Geological and Water Survey is studying the distribution of mercury in Indiana coals. The project is sponsored by the Indiana Department of Commerce and is carried out in cooperation with Black Beauty Coal Company. 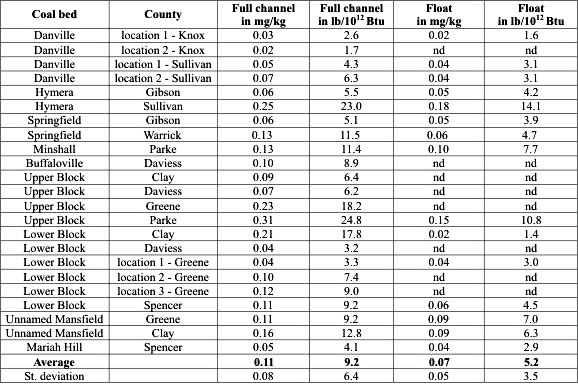 Table 1. Mercury content in raw coal and float fractions (full channel) in the coalbeds studied (both in absolute values ppm and on an equal energy basis in lb/10 12 Btu). Locations of the coal mines from which the samples were taken are shown in Figure 1. 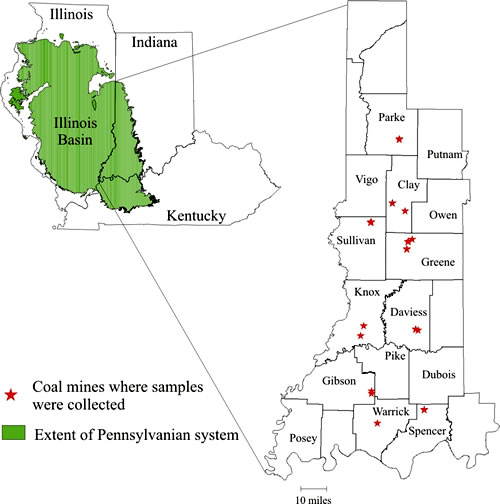 Figure 1. Locations of coal mines where samples were collected.

Coal samples (several benches at each location) were collected from 12 mines in Indiana to study the distribution of mercury between different coal seams and within individual seams (Fig. 1). The coal mines sampled were located in Parke, Clay, Sullivan, Greene, Daviess, Knox, Gibson, Warrick, and Spencer Counties, and the analyzed coals included Danville, Hymera, Springfield, Minshall/Buffaloville, Upper Block, and Lower Block Coal Members, an unnamed coal in the Mansfield Formation, and the Mariah Hill Coal Member.

In the majority of locations, mercury concentrations in full channel samples are significantly below the average mercury concentration in U.S. coals (0.17 ppm, U.S. Geological Survey COALQUAL database ). Our data are consistent with older data on Indiana coals (Oman and others, 1992). It is a welcome observation for the coal mining industry in Indiana in the light of pending mercury emission regulations from coal-fired power plants. For environmental purposes, in addition to considering absolute concentrations of mercury in coal, the calorific values of the coal must be taken into account; for coals of different calorific values, different volumes of coal must be combusted to generate the same unit of energy. Consequently, the amounts of mercury that will be captured in coal combustion products or emitted to the atmosphere depend on the volume of coal burned. 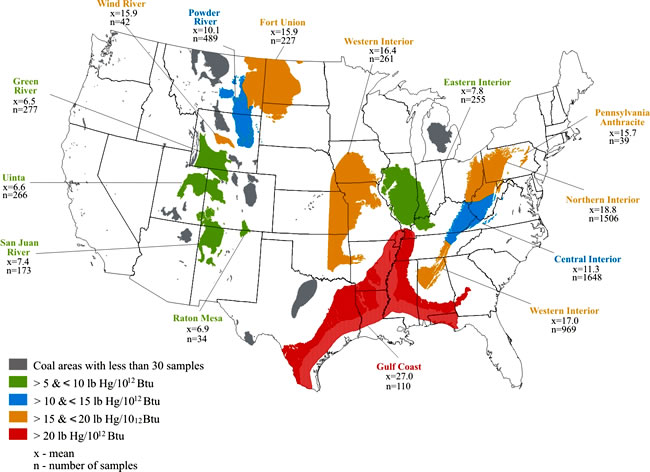 Figure 2 shows a general comparison of average mercury content on an equal energy basis (in lb Hg/1012 Btu [pounds of mercury per 10 12 British thermal units]) between different coal basins (Tewalt and others, 2001). This map, generated from the U.S. Geological Survey COALQUAL database, shows that Illinois Basin coal is one of the lowest mercury-input-loading basins, with 7.8 lb Hg/1012 Btu as an average value. This map was based on 255 samples for the Illinois Basin, most of them collected in Illinois.

Our study shows that mercury in Indiana coals is associated, to a large extent, with mineral matter, pyrite in particular. In Indiana, this degree of association varies among the seams and also between different locations within the seams. The association with pyrite is especially easy to detect in the coals that have a high pyritic sulfur content, for example, the Springfield coal (fig. 3), the Hymera coal in Gibson County, and the Buffaloville coal in Daviess County. This association with pyrite is also supported by the fact that coal having the highest mercury content shows dramatically reduce levels of mercury content after washing.

Figure 3.
Mercury concentrations and their relationships to ash and sulfur contents in the Springfield coal from Gibson County. In both diagrams, the Y axis gives the location of the sampled interval measured from the top of the seam (mg/kg = ppm). Mercury contents are reported on an as-received, whole-coal basis, whereas ash yield, total sulfur, and pyritic sulfur are reported on a dry basis.

In coals that have a low pyritic sulfur content, the association of mercury with pyrite is either weaker or more difficult to detect. In the Danville coal, mercury shows no relationship to pyritic sulfur and a negative relationship to ash yield (fig. 4). This suggests that mercury is associated to a large extent with the organic fraction of coal. This is also supported by a relatively modest reduction of Hg during washing of most coal benches. In this coal, major portion of mercury could represent its contribution from the original plants. The low-sulfur Mariah Hill coal is another example of this type of mercury distribution.

Figure 4.
Mercury concentrations and their relationships to ash and sulfur contents in the Danville coal from Sullivan County. In both diagrams, the Y axis gives the location of the sampled interval measured from the top of the seam. Mercury contents are reported on an as-received, whole-coal basis, whereas ash yield, total sulfur, and pyritic sulfur are reported on a dry basis.

This study shows that conventional cleaning is usually an efficient method of reducing mercury content before combustion. For the coal beds studied, an average reduction in mercury concentrations (on an equal energy unit basis) on 14 full-channel samples is 39 percent. However, the degree of reduction varies widely. Variations between individual seams are not greater than within a single seam. The persent of mercury reduction is most consistent in the Danville coal, and the least consistent in the Lower Block (fig. 5).

Figure 5.
Mercury content reduction in float coal in: A) - Danville coal from Sullivan County, and B) - Lower Block coal from Clay County.

Based on the results from our study, the following conclusions can be drawn: