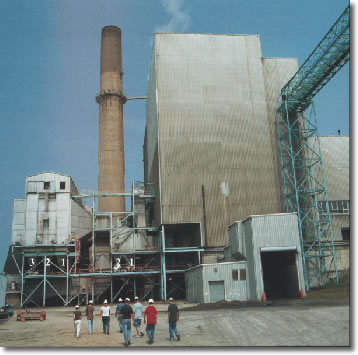 The properties of fly ash depend on numerous factors, such as the composition of feed coal, pulverizing and combustion conditions, and conditions of deposition of fly ash. It is difficult to evaluate the relationship between feed coal and fly ash because power plants commonly use blends of coals or coals and other materials (for example, tires or biomass) to fire their boilers. In the eastern United States, only a few power plants burn coal mined exclusively from a single seam and from a single mine. Consequently, in the majority of cases the properties of bulk coal-combustion byproducts cannot be traced back to a specific coal seam. However, in order to improve the quality of fly ash, it is beneficial to understand what happens to coal components between the time the coal is mined and the fly ash is deposited. In this study we matched fly ash from power plants to their single-sourced coal. Two mines and two power plants in Indiana were selected for sampling coal and ash. Each power plant burned coal exclusively from one of these two mines, so that the ash was produced from the coal sampled several days earlier. High-sulfur coal of the Springfield Coal Member (Petersburg Formation) provided the feed coal for one power plant, and low-sulfur coal from the Danville Coal Member (Dugger Formation) was the feed coal for the other power plant. The main objective was to see how these very different coals influenced the properties of fly ash.

Coal seams were described megascopically; bench samples were collected and analyzed for moisture, sulfur, ash, Btu, sulfur speciation, and trace elements following ASTM procedures. In addition, the maceral composition and vitrinite reflectance were determined. Both whole coal and the washed fraction (float at 1.55 g/cm 3) were analyzed. In the power plants pulverized coal, fly ash, and the flue gas desulfurization (FGD) gypsum were sampled. Analytical procedures were similar to those used for the coals.

The Danville coal (about 150 cm thick) is a clarain-type coal without distinct changes in lithotype composition. Average sulfur content is 0.66 percent and is highest in the uppermost bench. Ash (average 10.5 percent) increases towards the top of the seam. (Fig 1)

Organic sulfur is the dominant sulfur species, except in the uppermost bench where pyritic and organic sulfur occur in similar proportions.

Vitrinite content is about 85 to 90 percent, with liptinite and inertinite contents relatively low, although they vary between benches. Vitrinite reflectance is 0.58 percent. 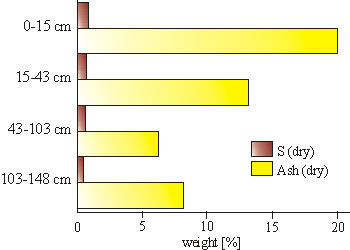 Fig 1. Sulfur and ash content in the Danville coal
(the vertical axis shows depth from the top of the seam). 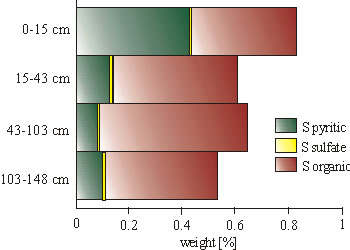 Fig 2. Sulfur forms in the Danville coal
(the vertical axis shows depth from the top of the seam). 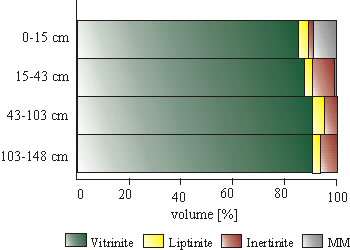 Fig 3. Maceral composition in the Danville coal
(the vertical axis shows depth from the top of the seam).

Fly ash was collected from two burning units (unit 1 and 2), and four baghouses from each unit. In addition, one rear baghouse hopper (unit 1 econ.) was sampled. The properties of fly ash vary between the two units and among individual baghouses of each unit. Considering the very similar carbon contents of the pulverized feed coal, these significant differences must be related to local conditions of fly ash collection.

Fly ash from Unit 1 is characterized by higher sulfur, oxygen, and hydrogen contents than the ash from Unit 2, which may be related, to some extent, to higher contents of these elements in pulverized coal feeding Unit 1. Ash from the rear baghouse hopper contains much lower amount of C, H, N, and O. The amount of Ni and Co are less in the fly ash from the baghouses compared to unburned coal, Zn is comparable, whereas Hg increases. 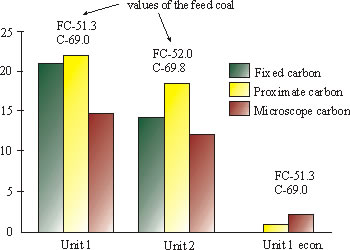 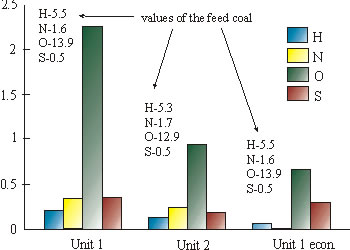 Hydrogen, nitrogen, oxygen, and sulfur in fly ash from the Danville coal (all elements in weight percent).

The Springfield coal (about 150 cm thick) is a dull clarain-type coal, except for the uppermost part, which is brighter. Average ash yield is 12.7 percent ranging from 11.9 to 14 percent between individual benches. The average sulfur content is 5.6 percent and is highest in the middle part of the seam. The sulfur content of the Springfield coal is almost eight times higher than that of the Danville coal.

The proportion of pyritic to organic sulfur changes through the seam. The amount of pyritic sulfur is greater in Springfield coal than in Danville coal.

Vitrinite content of the Springfield coal is about 86 percent, and liptinite and inertinite contents vary between benches. Vitrinite reflectance is 0.5 percent. 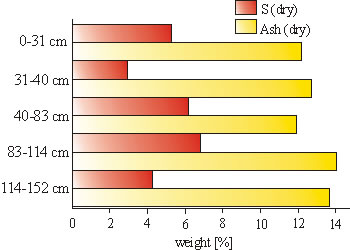 Sulfur and ash content for the Springfield coal (the vertical axis shows depth from the top of the seam). 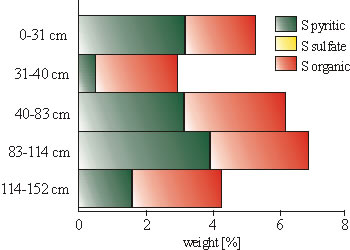 Sulfur forms in the Springfield coal (the vertical axis shows depth from the top of the seam). 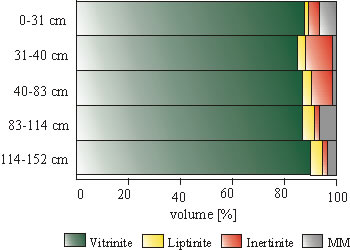 Maceral composition in the Springfield coal (the vertical axis shows depth from the top of the seam).

The amounts of carbon are very similar among the burning units (unit 3E, 3W, and 2E), however, the carbon content of the rear baghouse hopper ash from the Danville coal is significantly lower.

The oxygen contents of the different burning units vary significantly. The amounts of hydrogen and nitrogen are similar, but the sulfur content of Springfield fly ash compared to Danville fly ash is twice as high. Ni, Co, and Zn contents are comparable between fly ash and coal, whereas the amount of Hg in fly ash is 15 times lower than in the coal. 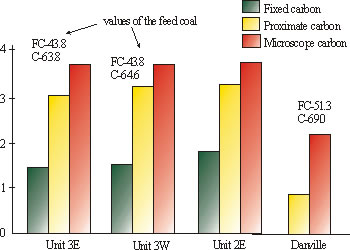 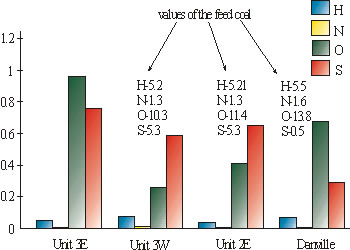 Hydrogen, nitrogen, oxygen, and sulfur in fly ash from the Springfield coal. Fly ash from rear baghouse hopper of the Danville coal shown for comparison (all elements in weight percent).