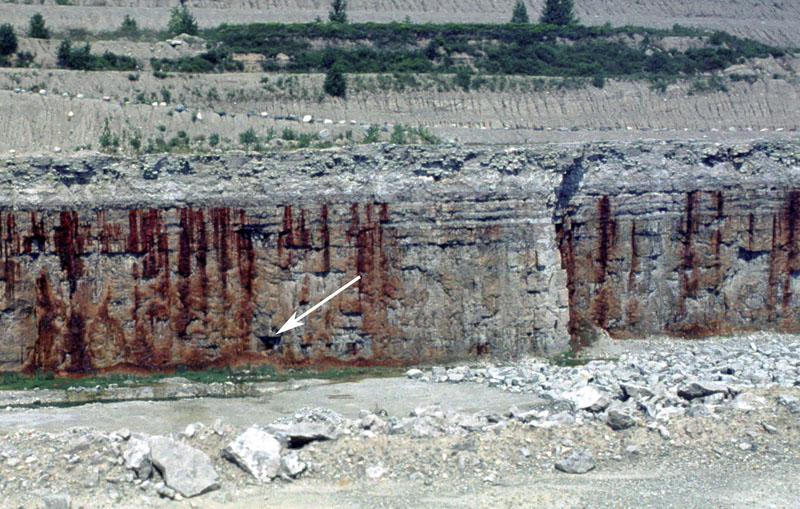 The surface, or topography, in Allen County is erosional in origin and the relief on the bedrock surface is approximately 200 ft. The bedrock is covered by as much as 300 ft of glacial material in the northwestern part of Allen County; the glacial materials thin to the south and the bedrock is 60 to 80 ft below the surface in a large part of southern Allen County. The preglacial landscape of much of Allen County would have resembled the present-day landscape of the areas found at or near the surface in southern and southeastern Indiana. Although the buried bedrock surface cannot be directly observed, Fleming (1994) made the following inferences concerning the characteristics of the subsurface bedrock landscape. The topography of the bedrock surface underlain by the relatively soft Antrim Shale (Hasenmueller, 1986) forms a broad north- to northeast-sloping lowland cut by small northeast-trending valleys (Fleming, 1994). The parts of the bedrock surface underlain by generally form a north-sloping dissected karst plain that is locally cut by narrow steep-sided valleys with 50 to 150 ft of relief. Relict such as , small caves, and enlarged can be seen in quarry exposures throughout northeastern and north-central Indiana (Nowacki, 1991) (fig. 1). Most of the karst development probably occurred well before glaciation. The two parts of the bedrock surface are generally separated by a gentle north-facing regional slope, which marks the changes from the soft, easily eroded Antrim Shale to the north from the more resistant carbonate units to the south (Fleming, 1994).